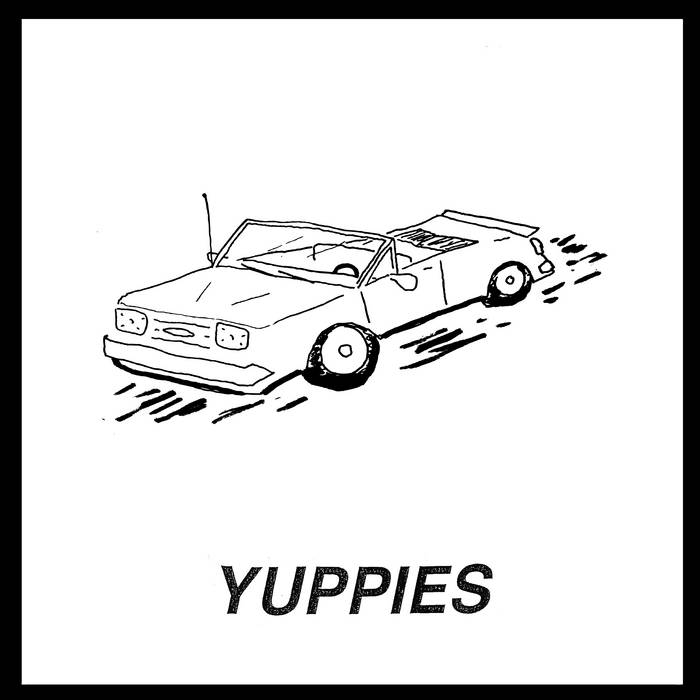 Crash Bandicoot really cool, like that one guy Favorite track: A Ride.

Yuppies was formed in the summer of 2007 by Jack Begley, Kevin Donahue and Noah Sterba in Omaha, Nebraska. United by mutual teenage boredom and a desire to perform live, the three became known for sloppy, frantic, yet energetic live performances and worse-than-dirt low-fidelity recordings. The first single, released on Grotto Records in 2008, captures the immediacy and urgency of their catchy, raw basement recordings. After cutting their teeth touring basements all over the midwest, Yuppies added Jeff Sedrel on bass in 2010. The addition of Sedrel allowed the band to evolve their sound out of the simplistic pop tunes into something more mature, thought out and robust.

With the bands initial energy and rawness still intact, a new realized, cohesive sound can be heard on Yuppies' debut LP on Dull Tools. Omaha writer Tim McMahan asserts, "Yuppies don’t so much play songs as perform ebb-and-flow music that, when it does have a semblance of songcraft, can be driving and catchy and inspired. The rest of it will leave you bent over, coughing up blood." Accolades for the band have reached beyond the confines of Omaha. A. Savage of Parquet Courts, who is releasing Yuppies' eponymous LP via Dull Tools informs that Yuppies are "heavily indebted to the loner-poets that came before them, as if the band is playing This Nation's Saving Grace era Fall via William Boroughs. Yuppies make no effort to guide you along their dreary tour of the midwest's industrial slums, from the onslaught, you are expected to keep up the pace."

Bandcamp Daily  your guide to the world of Bandcamp

Interviews With Butcher Brown and Slauson Malone, plus LP of the week by SAULT.